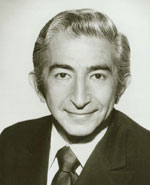 We are saddened to share that the Foundation has lost a devoted supporter and friend, Dr. Aaron Stern. Dr. Stern joined the Foundation’s Council in 2012 and served until his passing earlier this year.

A physician and educator, Dr. Stern studied psychiatry at Yale University and trained in Psychoanalytic Medicine at Columbia University. He received his PhD from Columbia University, where he focused on the methodology of science and empirical studies of child development. Throughout his career, he worked concurrently within the disciplines of medicine and education. He was elected to the Center for Advanced Analytic Studies at Princeton and served as the Educational Consultant to the United States Committee for the United Nations.

Dr. Stern also helped to develop the Code and Rating System of the Motion Picture Association of America and served as its director. In 1993, he joined Tiger Management and served as a member of the Management Committee and Advisory Board and the Chief Operating Officer. He was also a trustee of the Robertson Foundation and a member of the Board of Directors of the Robertson Scholarship program.