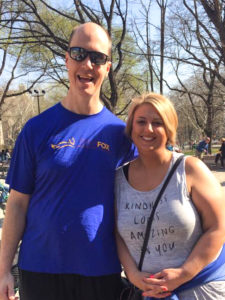 This November, Steve hit a major milestone – the six-year anniversary of his focused ultrasound treatment for Parkinson’s disease (PD). Diagnosed at age 25, Steve suffered with gait problems, stiffness, and tremors. One of his most debilitating symptoms was dyskinesia, or involuntary movements, which is associated with medications used to control PD.

In November 2015, he was the second patient treated at the University of Maryland in a clinical trial investigating focused ultrasound therapy for Parkinson’s dyskinesia.

Thanks in large part to brave patients like Steve – as well as Kimberly, Ron, Rich, and others – focused ultrasound for PD is now available to many more patients. In December 2018, the treatment was approved by the US Food and Drug Administration (FDA) to treat tremor-dominant PD, which affects approximately 10 to 20 percent of the PD population. Just this month, the FDA expanded approval to include the treatment of patients with advanced PD suffering with mobility, rigidity, or dyskinesia symptoms.

Now, six years after his treatment, Steve still considers that day to be a major turning point in his life.

“It was a life-changing day. It turned back the clock for me, and I would absolutely do it again if the opportunity arises, especially to help further the study to understand how to control PD.”

Since his treatment, Steve explains that he has experienced some progression in his disease. It is important to note that focused ultrasound does not address the underlying PD, but rather relieves the symptoms. Patients should expect that the PD will progress over time. This fact is something that Steve tries to reiterate when educating others with PD.

“This is my 21st year of having PD, and some days are better than others, but that is to be expected. I am a member of many forums on young onset PD, and the first myth I try to debunk is that deep brain stimulation (DBS) or focused ultrasound is a ‘cure.’ So many people hope that these procedures will cure their PD, and I try to make them realize any current procedures can improve your quality of life, but if you expect them to be a cure, then you are going to be let down.”

However, Steve is still a passionate advocate for focused ultrasound.

“My PD symptoms are visible, including some tremors, altered gait in walking, and some stiffness in movement – but not nearly to the extent of what they were. The focused ultrasound treatment was specifically to address dyskinesia, which I would say is still 95 percent gone today! The other benefits like reduction in tremors are an additional bonus.”

“Focused ultrasound has given me a huge improvement in my quality of life. I can golf, bowl, bicycle, run, and even work on vehicles again with confidence. I installed a back-up camera on my friend’s truck recently, using a scissor lift, and that is something I would have never attempted to do before focused ultrasound.”

“My family and I have raised over $75,000 for Team Fox, the grassroots community fundraising program of The Michael J. Fox Foundation for Parkinson’s Research. That money has gone directly to research for a cure. Fundraising has also given me a platform to share my journey. Many people still are unaware of focused ultrasound, and I want to help shine a light on it to these people as a real possibility for them without the invasiveness of DBS, which terrifies many people, including myself. Education and understanding are the two biggest hurdles that I have seen in getting people to understand what someone goes through with this disease and what to expect.”

“I am very blessed to have been selected six years ago to participate in the clinical trial at the University of Maryland and would gladly do it again if asked.”

Regarding the recent FDA approval, Steve is excited but also looking forward to what comes next.

“I think the FDA’s ruling is awesome. The next hurdle will be to ensure that the insurance companies jump on board to make the treatment accessible to everyone who could benefit from it.” 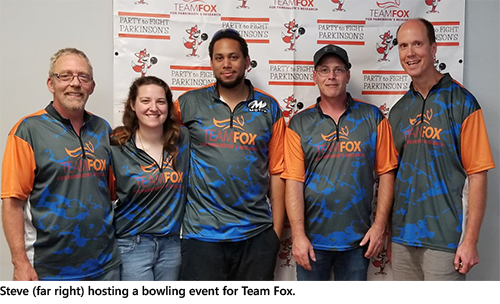 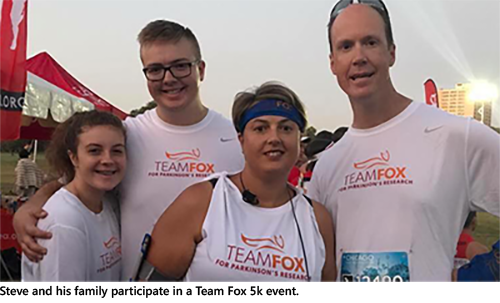