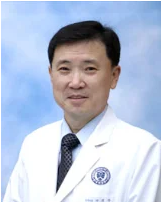 “Dr. Chang has incredible vision for the potential of focused ultrasound and has been invaluable in advancing the field across a range of brain applications,” says Foundation Chairman Neal F. Kassell, MD. “No one has shown more courage in trying to improve the lives of large numbers of patients.”

This profile explores Dr. Chang’s background and interest in focused ultrasound, next steps for psychosurgery, an update on the status of the technology in Korea, and his recent election as president of the Korean Neurosurgical Society.

Focused Ultrasound Research
Dr. Chang has treated more than 40 patients with focused ultrasound, mostly those with essential tremor. Chang has also been a valued member of the Foundation’s movement disorders steering committee, advising on the design of clinical trials. When asked what drives him to be at the forefront of the technology, he commented that “Many neurosurgeons in our field doubted the role of focused ultrasound because of skull thickness issues. However, I had confidence in its efficacy for brain disorders based on several preclinical research papers, and I am pleased that the clinical results to date have been so promising. I sincerely want to use this pioneering technology to help my patients.”

Improving Focused Ultrasound for OCD
The Foundation reported Dr. Chang’s recently published paper in the Journal of Molecular Psychiatry that supports the potential of focused ultrasound to treat certain patients with obsessive-compulsive disorder (OCD). He plans to finish follow-up of all 12 patients in the study and submit the final results for publication in the early 2015. Although the results to date have been better or comparable to similar studies with radiofrequency lesioning or deep brain stimulation, Dr. Chang believes that further technical developments in focused ultrasound would improve outcomes for OCD patients even more. He would like to see refinements to the focused ultrasound system so that it can deliver more energy without causing complications. He sees the difficulty of delivering energy to patients with thicker skull bone configurations as the main obstacle to treating a broader range of patients. A list of most of Dr. Chang’s publications can be found on PubMed.

Focused Ultrasound in Korea
There are more than 10 uterine fibroid centers in Korea for focused ultrasound treatment, and bone and prostate disease studies are underway. The timing and pathway to have focused ultrasound approval for treating essential tremor by the Korean Ministry of Food and Drug Safety is similar to the US. After data are collected for the pivotal trial, Dr. Chang will initiate the regulatory application in Korea.

Korean Neurological Society
Dr. Chang was recently “greatly honored” when he was named the next president of the Korean Neurosurgical Society. After the Korean War from 1950-1953, many Korean doctors were trained as the first generation of brain surgeons. The Society was organized in 1964 and has grown to 2,500 board certified members. He will serve as a president of this organization for two years, from 2016-2018.