Profiling a Center of Excellence

As many as 50 focused ultrasound researchers in three different laboratories span the Boston campus of Brigham and Women’s Hospital where, in conjunction with Harvard Medical School, they are pioneering innovative uses of focused ultrasound and advancing these new approaches from bench to bedside. 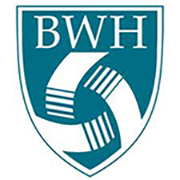 The Focused Ultrasound Laboratory was created in the early 1990’s when Ferenc Jolesz invited Kullervo Hynynen to join him to collaborate with GE Medical Systems to develop MRI-guided focused ultrasound. This collaboration between Dr. Hynynen, an experienced researcher of therapeutic ultrasound, Dr. Jolesz, who developed MRI-guided laser ablation, and the MR/ultrasound engineers at GE (and later from InSightec) established a program that has continued to produce important contributions in focused ultrasound for more than two decades.

With the unexpected death of their mentor, Dr. Ferenc Jolesz, in December 2014, the extensive programs that grew under his tutelage continue, and his legacy of progress endures through the focused ultrasound scientists and clinicians who he trained and inspired. With teams led by Clare Tempany, MD, Nathan McDannold, PhD, and Seung-Schik Yoo, PhD, MBA, the programs and innovations that were created by the “Father of MR-Guided Focused Ultrasound” continue to flourish. 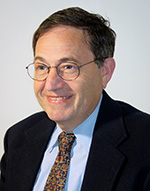 We interviewed these BWH research leaders to find out more about their current projects and future plans. Each profile includes a Q & A session with the investigator.

The milestone achievements of the BWH group include:

The ingenuity and productivity of this team has led to the creation of clinical systems that have treated tens of thousands of patients at sites around the world. They are an excellent example of how academic research can be translated to the clinic.

Radiologist Clare Tempany, MD, has been a Vice Chair for Research since 2007. She manages the National Center for Image Guided Therapy, a Focused Ultrasound Foundation Center of Excellence. The National Center is divided into several different research areas, including the Surgical Planning Laboratory directed by Seung-Schik Yoo, PhD, and the Focused Ultrasound Laboratory directed by Nathan McDannold, PhD. All combined, the teams total 40 to 50 total staff, including faculty, students, post-docs, and visiting students and faculty. Dr. Tempany has been instrumental in the clinical trials that led to FDA approval of Insightec’s focused ultrasound system for fibroids and bone metastases. After being involved in the early proof of concept, she is now looking to conduct clinical studies for treating prostate disease. “My wish is to expand utilization and application of the currently approved treatments. I would also like to demonstrate in clinical trials the impact we believe focused ultrasound will have in neuroscience and in cancer care.” READ HER PROFILE >

Nathan McDannold, PhD, has put tremendous effort into the brain applications of focused ultrasound and worked with Kullervo Hynynen to become one of the first to open the blood-brain barrier. His work in drug delivery and neurodegenerative diseases is sure to change the way that medicine is practiced. A medical physicist, he has been a participant in the care of every focused ultrasound patient treated at BWH since 1996. “In the next five years, I’m hoping to see progress in clinical translation. There are also new methods of ultrasound-enhanced microbubble therapy that could move treatments out of the MRI, opening up things even more.” READ HIS PROFILE >

Seung-Schik Yoo, PhD, MBA, is making breakthroughs in using focused ultrasound to induce functional neuromodulation of the brain and peripheral nervous system. With his global collaborative partners, he is experimenting with various FUS parameters to move the field closer to achieving this important milestone in humans. “The potential indications cover a wide spectrum of neurological and psychiatric conditions. Imagine what you can do if you can change one’s brain function without surgery and medication!” READ HIS PROFILE >